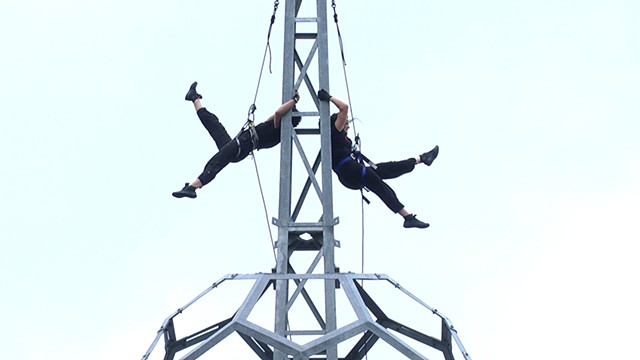 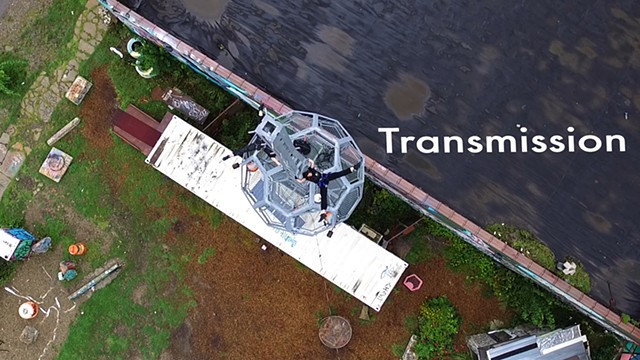 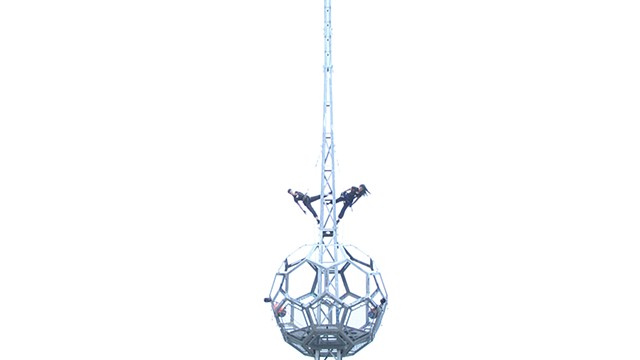 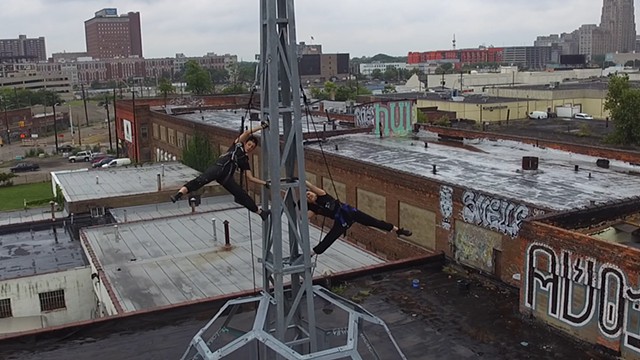 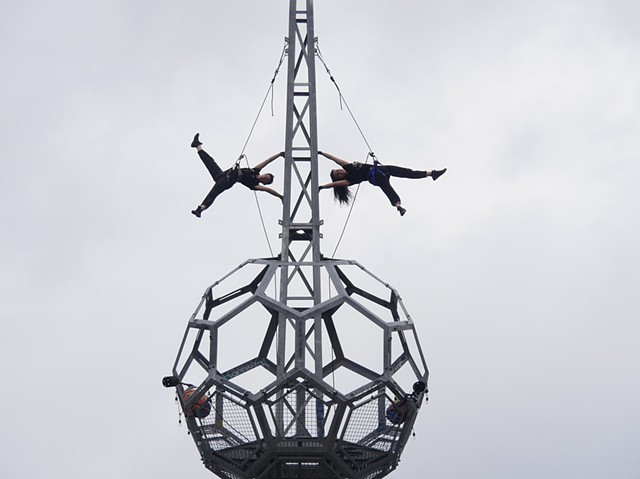 Transmission is a harness dance performance by Liz Thomas and Erin Garber-Pearson, made into a short film.